The notification about commercial registration from the government has been published on the MOJ website(http://www.moj.go.jp/MINJI/minji06_00086.html). The notification said that you can establish a company in Japan and apply for registration even if all of the representative directors are non-residents.

In order to establish a company, at least one representative director had to be a resident of Japan and he/she had to have an address in Japan, so you had to first find a partner with a Japanese address and establish your company with them. However, from now on, that will become unnecessary.

This change is followed by making the registration rule stricter and non-residents are required to present certification issued by the authorities when they register their foreign address. However, if the company does something wrong and pulls its office out of Japan afterwards, it might be really difficult to file an action against that company and the representative directors. So, there is criticism to this change.

Nevertheless, this deregulation is necessary for attracting foreign investments. It might be impossible to make a system completely free from risks, so we have to do business with such a company in anticipation of such risks. I have high expectations for this change and I hope this will revitalize the economy in Japan.

Moreover, there is news that MOJ will change the rule of Visa (Ordinance for Enforcement of the Immigration Law) this April. So far, you can apply for the "Investor/Business Manager Visa" under the condition that your company has been established in Japan. Starting April, you will be able to apply for the four month Investor/Business Manager Visa if you can present some documents like "Articles of Incorporation" or "Business Plan" and receive a confirmation of Business Purpose. I have high expectations for this change too. 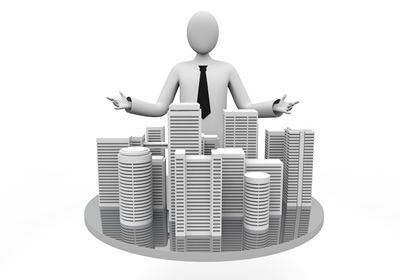 The number of incorporations in each type of company during 2012 is indicated in the following table:

As you can realize from this table, "Kabushiki-Kaisha" demonstrates an overwhelming majority among Japanese companies.

There is also a type of company called “Yūgen-Kaisha” (which means limited company), but it is no longer permitted to incorporate in Japan. Only pre-existing “Yūgen-Kaishas” are allowed to continue their operations under special rules. As a result, these companies will not be covered in this article.

What is the difference between "Kabushiki-Kaisha" and the other companies?

Members of "Kabushiki-Kaisha" are called “Kabunushi” (which means share holders). The "Kabunushi" are not involved in the management of the company, but only have shares representing an equal stake in the capital of the company. As a result, they are not operators but rather owners of the company.
Moreover, they can receive a certain part of the profits made by the company according to the number of shares they have.

Gomei-Kaisha:
This type is an unlimited liability company so all members are liable for any liability incurred by the business operation.

In any case, it's no exaggeration to say that when we say “company” it generally means only the "Kabushiki-Kaisha" currently in Japan.

We can help you to incorporate any type of the company that you would like.
Please feel free to contact us for any inquiries.