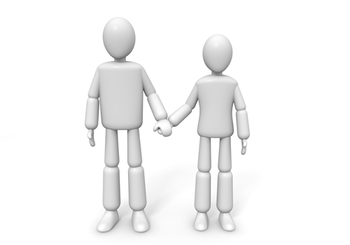 Parent's access to children should be protected
On July 26, 2015, an article on Sankei newspaper about a contact was distributed to an internet news website as follows:

A man in his 40s fought with his wife at a family court and obtained the final judgement that the man shall see their daughter twice a month.
However, the wife refused this contact order due to their daughter's illness.
Then, the man applied to the family court for its indirect enforcement and he obtained the judgement that if the wife refuses the contact, she must pay a fine of 10,000 yen per one time.
However, the man could never see his daughter as yet, so he made an appeal.
Nagoya high court judged the wife intentionally refused the contact because there were no submitted materials that objectively confirm their daughter's illness.
Finally the court decided to increase the amount of the fine by four times.

I have been considering that it is a serious problem that contacts between parents and children have not been executed properly in Japan, so this judgement by Nagoya high court seems to be remarkable and revolutionary.
In order to deal with this problem, the rule that "parent's access to children has to be protected" should be respected thoroughly.
This rule has not been observed properly because its enforceability is weak and easy to be broken with some excuses.
I believe we should keep it in mind that marital problems and parent-child problems are different issues.