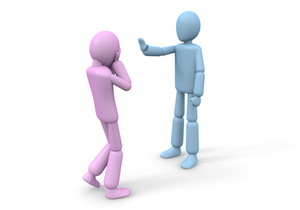 I would like to explain the regal rules concerning divorce in Japan.

First, in Japan, if a married couple agrees with their divorce and submits the official divorce registration papers to a public office, the divorce is valid. We call this kind of divorce a “mutual agreement divorce”. In this divorce, the reason for divorce is not important. Mere “incompatibility” is acceptable. Actually, we do not even need to write the reason for divorce in the official divorce registration papers.
About 70% of the all divorce cases in Japan are mutual agreement divorces.

If a conciliation divorce is not valid, the husband or wife who would like to divorce must sue the other party for divorce. If the divorce is permitted in the sentence, the divorce is valid, even if the other party does not give consent to divorce.
However, the court can order divorce only when it recognizes the following items between a couple (Civil act 770Ⅰ).
1) if a spouse has committed an act of unchastity;
2) if abandoned by a spouse in bad faith;
3) if it is not clear whether a spouse is dead or alive not less than three years;
4) if a spouse is suffering from severe mental illness;
5) if there is any other grave cause making it difficult to continue the marriage.
In most cases, plaintiffs insist on 5) “any other grave cause making it difficult to continue the marriage”. Although mere “incompatibility” is not regarded as a “grave cause”, by adding the fact of separation or other items, they can argue it as a grave cause.