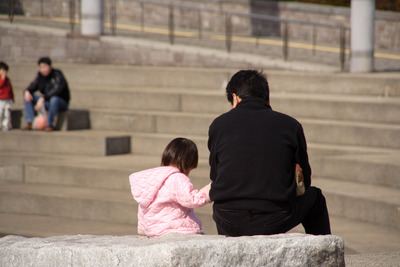 These days, when international marriage couples divorce, the number of cases that lead to disputes over child custody has increased.

Foreign former husbands and wives come to our office, because they cannot or can rarely meet their children after they have divorced.

In Japan, to deal with a child custody case, we first have to apply to the family court for conciliation.
If we cannot come to an agreement about the number of visitations, we will ask for a judgment by the family court.

By the way, we always have a problem where the Japanese family court allows too few occasions for them to meet their children.

The following statistical table has been published by the court.


According to this table, “More than once a month” is the most time granted.
However, in general, we are allowed visitation only once a month for several hours each time.
In contrast, in California, they can meet their children once a week, and it is usual for them to have their children visit every other weekend.

I’m not really sure where the cause lies.
Many divorced husbands and wives are reluctant to have their children meet the other parent.
I think that Japanese people have a strong “household” consciousness, so once they divorce and leave their house, they feel they are no longer family.

However, child custody is a system for children.
It would be best for children to be loved by both of their parents.
Moreover, as child-rearing is really hard, parents should bring up their children in cooperation with the other parent even after they have divorced.

I think that we have to change our poor system of child custody in Japan.